Sandland is an idyllic spot located in the municipality of Loppa (Loppa kommune). Its name derives from the island called Loppa. It is of Old Norse origin and means «hand». Close to the sea and the nature, people of all ages enjoy themselves here. 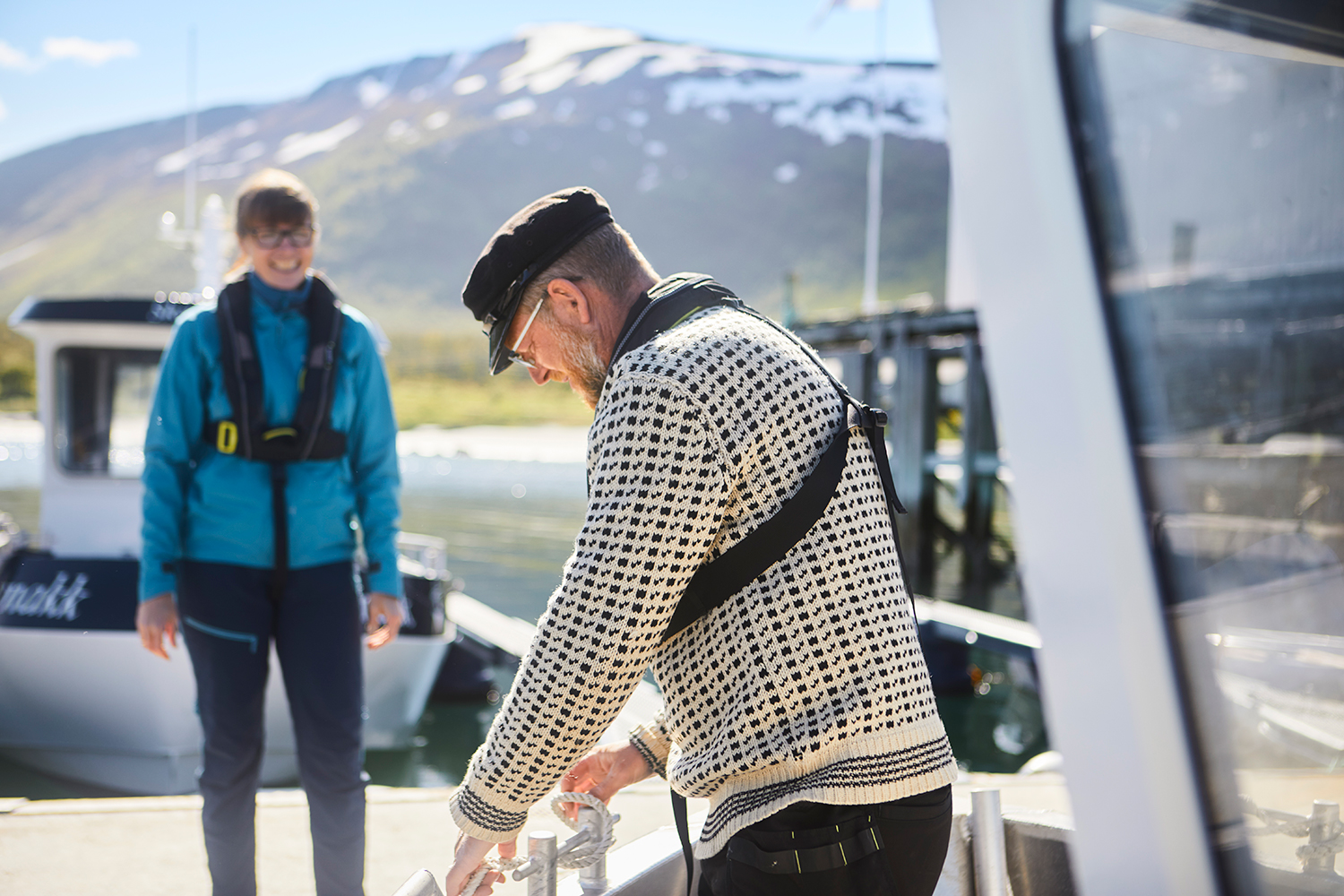 Sandland is an idyllic spot located in the municipality of Loppa (Loppa kommune). Its name derives from the island called Loppa. It is of Old Norse origin and means «hand». Close to the sea and the nature, people of all aged enjoy themselves here. 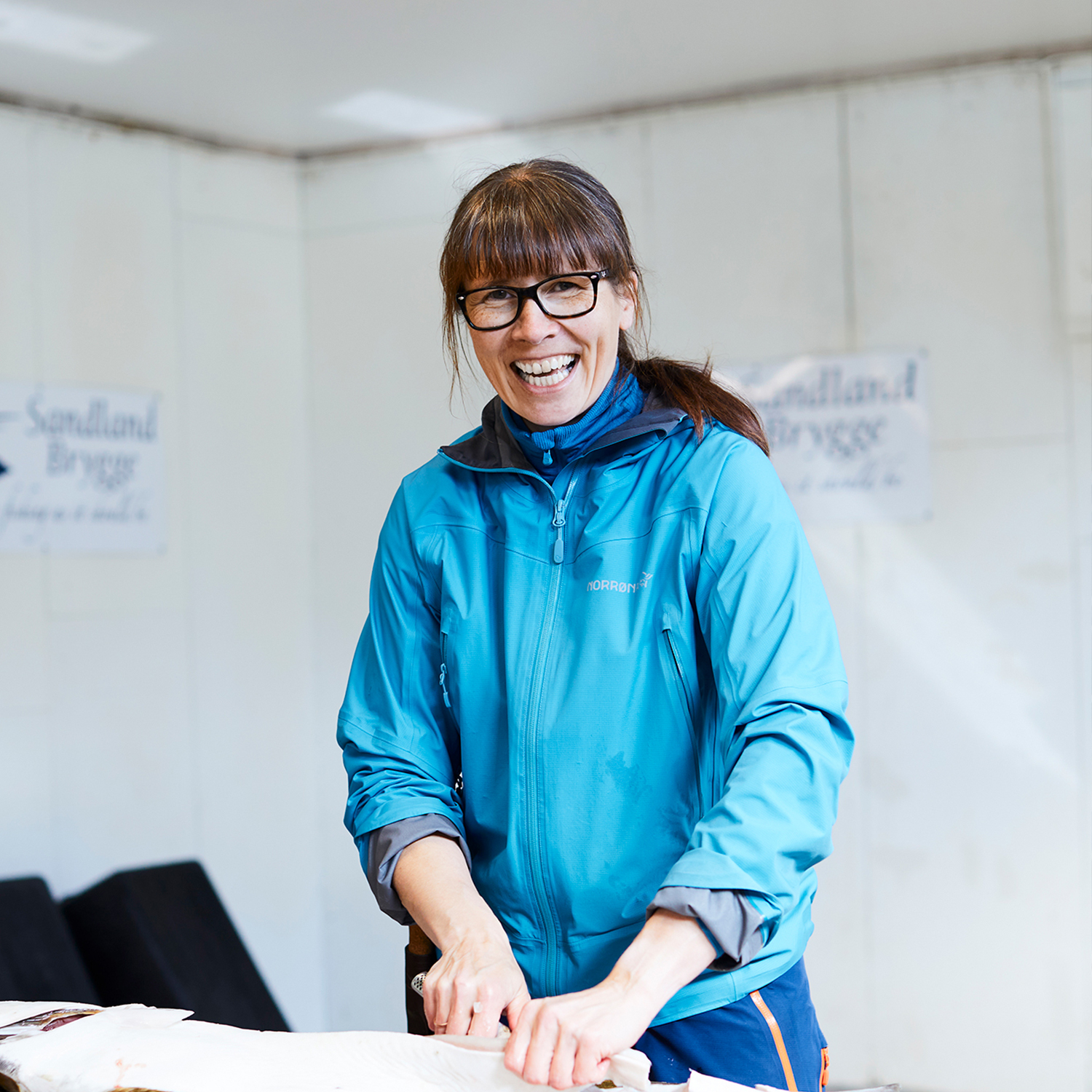 Stina is the hostess at Sandland Brygge. She runs the place with a steady hand together with her husband Steinar.

Characteristics:
“The boss”, warm and friendly, quick-witted, cheerful, she has control of the day to day runnings of the fish camp, she has got her ducks in a row, she completes the projects that Steinar initiates. 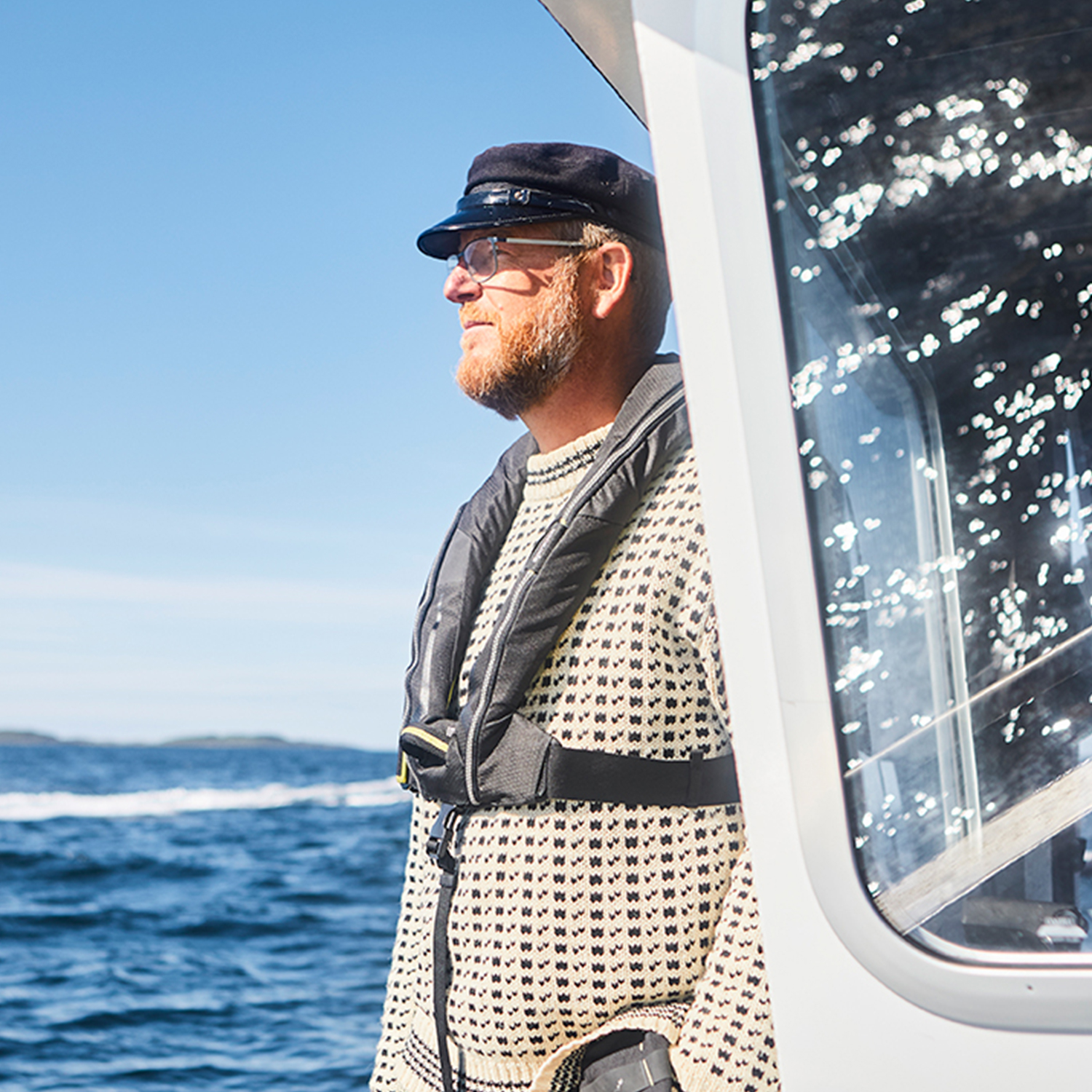 Steinar is the other host at Sandland Brygge. He welcomes the guests dressed in Sandland´s very own uniform – a captain´s cap and an Icelandic knitted jumper.

Characteristics:
Sociable and a people person, charming, creative, a project initiator and the creator of Sandland´s own set of “Steinar Rules”.

FROM FISHING TO TOURISM

The history of Sandland Brygge goes back to 1874 when Sandland became a large trading post. Johan Edvard Buck, the great-great-grandfather of Steinar Halvorsen who runs the place today, established a shop and started trading in dried and salted fish where Sandland Brygge is located today.

He expanded his business with several fisheries and at the beginning of the 20th Century his business was among the largest in Finnmark. Edvard Buck, the name he went by, also owned a large farm.

When motor vessels came into use the company bought M/S ANNA and the boat was used both for the transportation of goods and for fishing. Later M/S FARMAND was built at Sandland and then the fishing boat M/S KOBBEN was acquired. In 1895 Sandland got its own post office and in 1913 the telephone arrived which meant that all communication went through Buck. Birgithe Margrethe was one of Bucks nine children. She married Toralf Lyngmoe who had worked for Edvard Buck since 1912. When Johan Edvard Buck died in 1921, Thoralf Lyngmoe became the sole proprietor of the company. When Thoralf withdrew from the company in 1966 due to old age, his foster son Ole Grønnum took over the business with the new company name Edv. Bucks eftf A/S. Today the business only operates at Sandland. Ole Grønnum ran the company until 1974. Then the fishery got new owners who started Sandland fiskeproduksjon.

Steinar and Stina Halvorsen bought the place in 2010. The first guests arrived on the 8th of May 2011 and in June the same year all the five apartments where ready to use.

It feels good to be a family at Sandland Brygge. The safe surroundings create space for both play and for having a good time for both kids and adults. Hunting for crabs is always a thrill and so is running along the empty beaches. Everything is arranged and facilitated by nature – just how we like it. 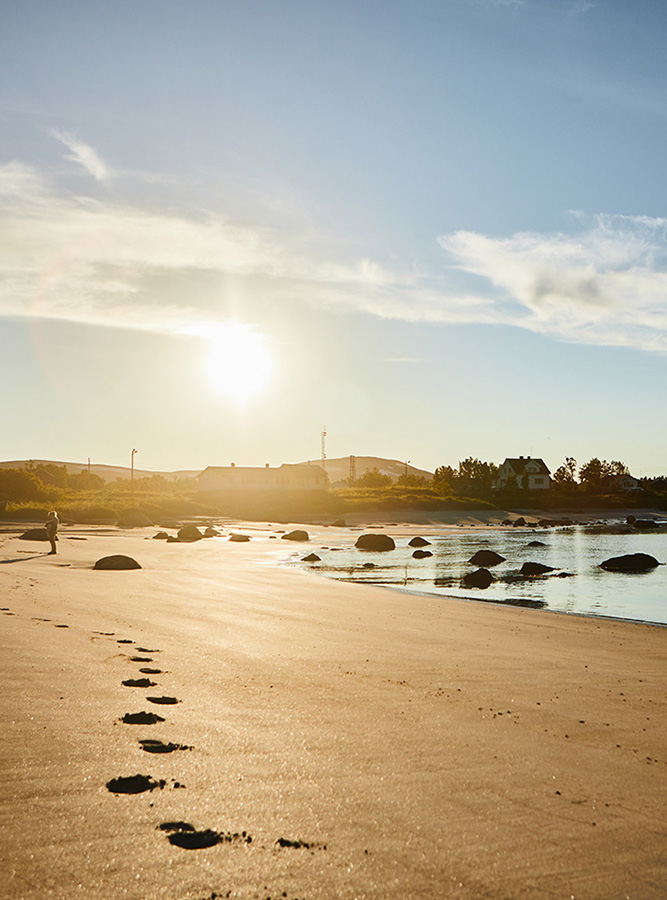 In the summer the beach at Sandland is completely white. Maybe this is why Sandland Brygge is often referred to as the white pearl? The beach is perfect for picking seashells and for playing games – and also for a cozy evening by the campfire with your boyfriend or girlfriend, with friends or others that you would like to spend time with. 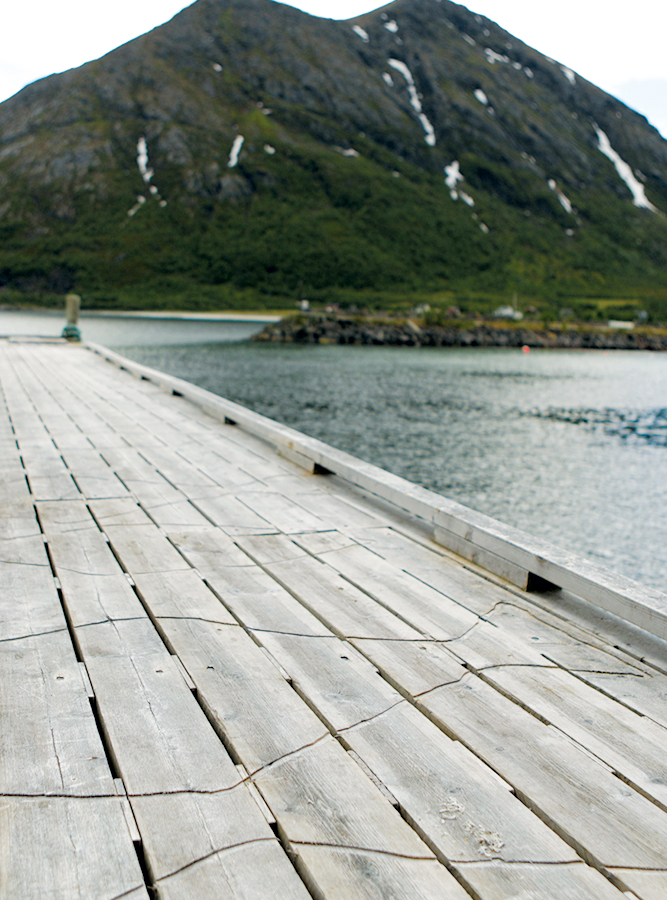 The quay at Sandland Brygge is one of a kind. As you walk towards the fishery you can notice something out of the ordinary. The silhouettes of the biggest halibuts caught at Sandland Brygge are carved into the floorboards. One can wonder what happens when the quay surface is brim with halibuts.

1
The reception
2
The apartments
3
The Blue House
4
The BBQ house
5
The Sauna
6
The quay, fish gutting hall and drying room
7
The marina
8
The beach
9
The speedboat jetty
10

The big catch and life on Sandland Brygge

How to get here

It is easy to get to Sandland Brygge despite our exotic location in the north.

How to get here